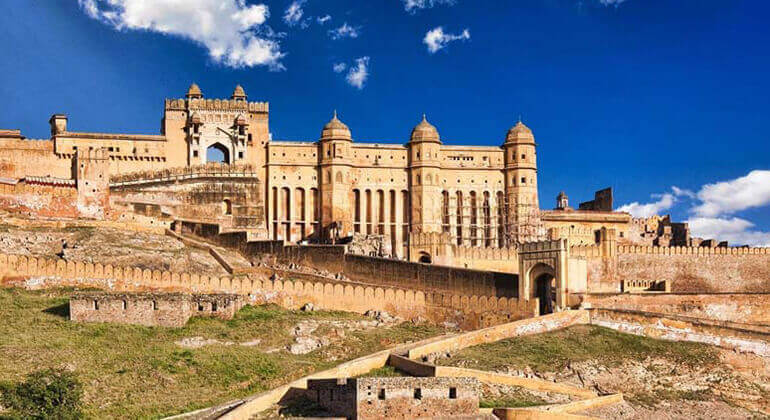 Amer Fort or Amber Fort is a fort located in Amer, Rajasthan, India. Amer is a town with an area of 4 square kilometres located 11 kilometres from Jaipur, the capital of Rajasthan. The town of Amer and the Amber Fort were originally built by the Meenas, and later it was ruled by Raja Man Singh I. Located high on a hill, it is the principal tourist attraction in Jaipur. Amer Fort is known for its artistic style elements.

Hawa Mahal is a palace in Jaipur, India. Made with the red and pink sandstone, the palace sits on the edge of the City Palace, Jaipur, and extends to the Zenana, or women's chambers. The structure was built in 1799 by Maharaja Sawai Pratap Singh, the grandson of Maharaja Sawai Jai Singh, who was the founder of Jaipur. He was so inspired by the unique structure of Khetri Mahal that he built this grand and historical palace. It was designed by Lal Chand Ustad. 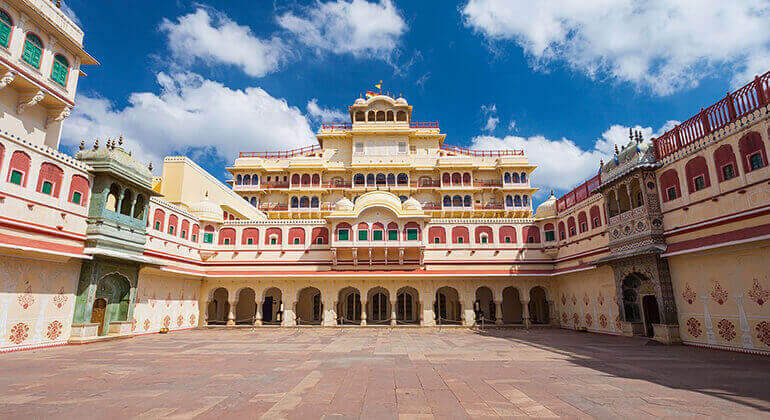 The City Palace, Jaipur was established at the same time as the city of Jaipur, by Maharaja Sawai Jai Singh II, who moved his court to Jaipur from Amber, in 1727. Jaipur is the present-day capital of the state of Rajasthan, and until 1949 the City Palace was the ceremonial and administrative seat of the Maharaja of Jaipur. The Palace was also the location of religious and cultural events, as well as a patron of arts, commerce, and industry. 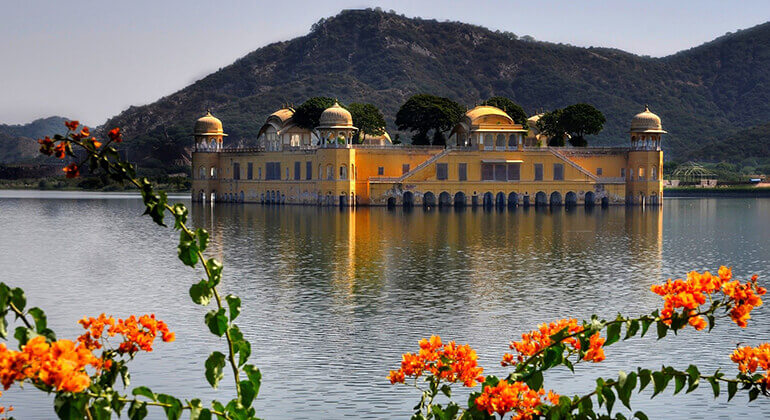 Possibly the most serene sight amidst the chaos of Jaipur is the beautiful Jal Mahal Jaipur, the Water Palace. This low-rise symmetrical palace, that once was a shooting lodge for the Maharajah, appears to float in the centre of Sagar Lake. The light sand coloured stone walls of the Jal Mahal Jaipur are at a stark contrast to the deep blue of the waters of the lake, while from the innards of the palace lush foliage sprouts. 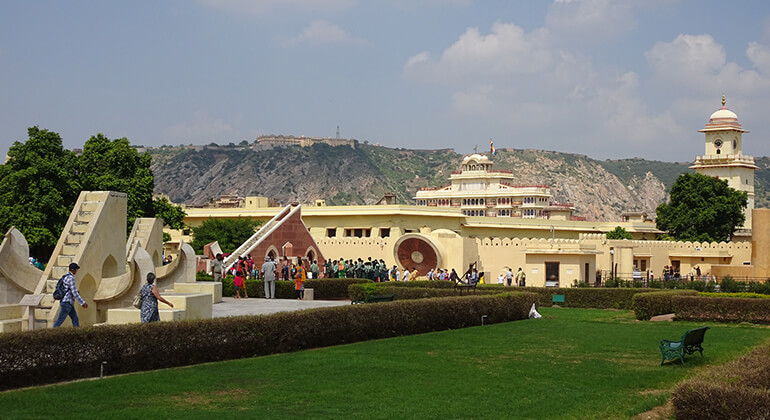 Jantar Mantar - the "Jaipur Observatory" was constructed in the year 1728 by Maharaja Sawai Jai Singh II. The observatory at Jaipur is the biggest one in India. UNESCO inscribed Jantar Mantar Jaipur in the list of World Heritage in July 2010. Jantar Mantar terminology is derived from the word “Jantar” from Sanskrit word “Yantra” which means “Instrument” and the word “Mantar” means mysterious formulae for calculations. 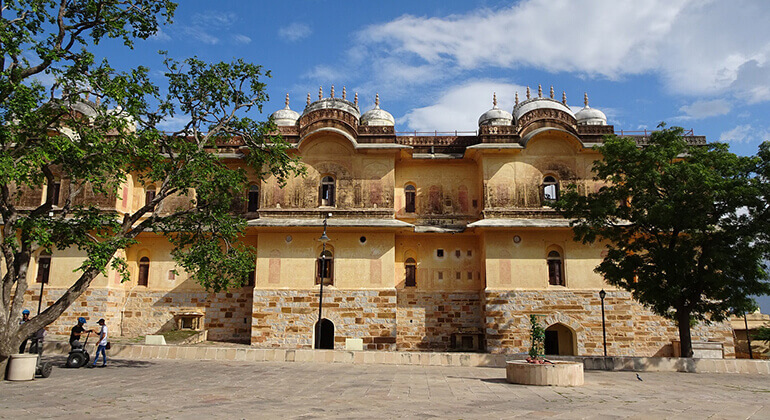 Nahargarh Fort stands on the edge of the Aravalli Hills, overlooking the city of Jaipur in the Indian state of Rajasthan. Along with Amer Fort and Jaigarh Fort, Nahargarh once formed a strong defense ring for the city. The fort was originally named Sudarshangarh, but it became known as Nahargarh, which means 'abode of tigers'. The popular belief is that Nahar here stands for Nahar Singh Bhomia, whose spirit haunted the place and obstructed construction of the fort.